When you go to a job or a job interview, you hope to be judged by the quality of your work, instead of your race, your gender, or another immutable factor. Unfortunately, some employers do judge workers based on aspects of their identity rather than their work. It may be possible to recover damages if you have been a victim of discrimination. At the Calderone Law Firm, we represent people throughout Los Angeles County in employment lawsuits arising out of discrimination, sexual harassment, wage and hour violations, wrongful termination, and other violations of their rights. Vincent Calderone has more than 25 years of experience representing both individual employees and groups of employees in protecting their rights. He handles many cases on a contingency fee basis, which means that a client does not pay a fee unless they receive a settlement or judgment in their favor.

You may be able to recover damages for employment discrimination if an employer takes an adverse employment action against you based on your membership in a protected class. Under federal and state laws, it is illegal to discriminate against an employee based on race, color, national origin, religion, sex, disability, age, and other characteristics. Federal laws like Title VII of the Civil Rights Act of 1964 apply to companies with at least 15 employees. California law provides greater protections than does federal law, and it applies even to smaller companies with at least five employees. It is unlawful for your employer to retaliate against you for exercising your rights under these anti-discrimination laws. That does not mean that your employer will not retaliate against you for complaining in good faith about sexual harassment or filing a charge with the EEOC, which enforces many of the federal employment laws, but it does mean that you have legal recourse if they do. You should consult an employment attorney in the El Segundo area to find out about your next steps.

Under Title VII and FEHA, race discrimination is prohibited in the workplace. Discrimination occurs when an employer makes an important employment decision about the terms and conditions of employment based on your race. Important employment decisions can include failure to hire, refusal to promote, termination, or paying different wages to employees based on their race. An El Segundo employment attorney also can bring a disparate impact claim under Title VII if the employer sets a policy that seems neutral but has a disproportionately negative impact on people of a certain race. Racial harassment is another form of racial discrimination.

Disability discrimination is prohibited under the Americans with Disabilities Act (ADA) and FEHA. You are physically disabled under FEHA if you have a physiological condition that affects a certain bodily system or restricts a major life activity. A major life activity is broadly defined under FEHA and includes social and physical activities like walking, standing, sitting, sleeping, or concentrating. FEHA defines a mental disability as one in which a person has any mental or psychological disorder or condition, including emotional or mental illnesses. An employment lawyer in El Segundo can help you ask your employer for a reasonable accommodation for a known disability.

You are protected against workplace age discrimination under the Age Discrimination in Employment Act (ADEA) and FEHA, as long as you are 40 or older. Your employer is not allowed to take an adverse step against you due to your being an older worker. Adverse steps could involve termination, failure to promote, layoffs, compensation adjustments, training, job assignments, apprenticeships, or failure to hire. For example, if you are fired because you are close to retirement age, you would likely have an age discrimination claim. Unlike some of the other federal anti-discrimination laws, the ADEA only applies to employers with a minimum of 20 employees.

Federal and state laws prohibit workplace religious discrimination. Generally, religious discrimination occurs when an employer takes an adverse action against a job applicant or employee based on his or her religious beliefs. Under FEHA, religions and religious creeds are a protected characteristic and include all sincerely held beliefs. You need not belong to the major religions of Christianity, Judaism, Islam, Buddhism, or Hinduism to be protected. FEHA requires employers to allow reasonable accommodations for a job applicant or employee’s religious practices, and an El Segundo employment lawyer can help you negotiate an accommodation with your employer. Under FEHA, reasonable accommodations for religious beliefs can include a change in job schedule, allowing an employee leave for a religious observance, or permitting religious dress, such as a yarmulke or hijab, to be worn in the workplace.

Both the Pregnancy Discrimination Act and FEHA prevent an employer from discriminating against an employee due to her giving birth, being pregnant, or having a medical condition related to these. Pregnancy discrimination can include any adverse step taken against an employee due to her pregnancy (or childbirth or a related medical condition). It may occur, for example, when a job applicant is not hired because she is visibly pregnant or when a pregnant employee is given fewer hours. Under California law, it is also unlawful for an employer to refuse to permit a female employee to take a leave for a reasonable period of time of up to four months and come back to work if she is disabled by childbirth, pregnancy, or a related medical condition. If you are terminated because you took a reasonable leave after giving birth to a child, you may have a pregnancy discrimination claim.

If you are a nonexempt worker, your employer must follow federal and state wage and hour laws. These include laws related to minimum wage, overtime, and rest and meal breaks. In California, if you are a nonexempt employee, you are not supposed to work for more than eight hours in a work day or more than 40 hours in a work week without being paid one and a half times the regular rate of pay for all of the hours worked over eight hours in a work day or 40 hours in a work week. However, there are exemptions, meaning that the overtime law will not apply to certain sets of employees. An employment attorney in El Segundo can help you understand your rights under this law.

Some employers retaliate against employees who complain about illegal discrimination or harassment based on their protected traits, even though it is illegal for the employer to do so. Although California is an at-will employment state, employers are not allowed to terminate you on the basis of your membership in a protected class or for exercising your rights in connection with class membership. For example, you would likely have a wrongful termination case if you filed a charge of workplace sexual harassment with the Department of Fair Employment and Housing and then got fired. Similarly, if you complained to HR about a noose being left on your desk, and your employer allegedly decided that you were no longer a good fit for the company, you would likely have a wrongful termination case. Also, you cannot be fired for a reason that goes against public policy.

It is crucial to consult an experienced employment lawyer in the El Segundo area if you are an employer who is being sued for discrimination. It is also critical to develop policies and an employment handbook that articulate grievance procedures and other steps that inform employees of their rights, while working toward minimizing the risk of future lawsuits. For example, an employer should provide adequate training to supervisors and managers in connection with sexual harassment, racial harassment, religious harassment, and various types of discrimination. It should alert all employees who have authority over other employees to what is and is not appropriate.

If you are concerned about an employment matter in Southern California, you should consult the attorneys at the Calderone Law Firm. We are ready to provide tenacious and knowledgeable representation. We represent people throughout Los Angeles, Ventura, San Bernardino, Riverside, and Orange Counties. Call the Calderone Law Firm at (424) 348-8290 or contact us through our online form to set up an appointment with an employment attorney in the El Segundo area. 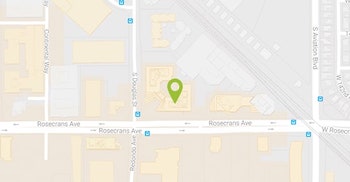